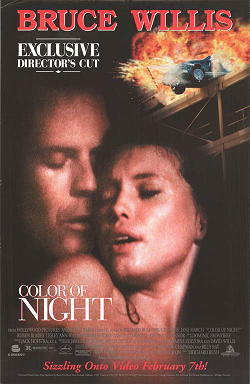 New York psychiatrist Dr. Bill Capa (Willis) gives up his practice after unintentionally pushing one of his patients to commit suicide by jumping out of a glass window. In an effort to come to terms with this tragedy, he visits an old colleague in California, Bob Moore (Scott Bakula), who is subsequently murdered. Capa takes over Moore's group of psychologically disturbed patients, which is equally as important as an affair that he develops with a young woman named Rose (March). This relationship becomes central to the plot as the film progresses.