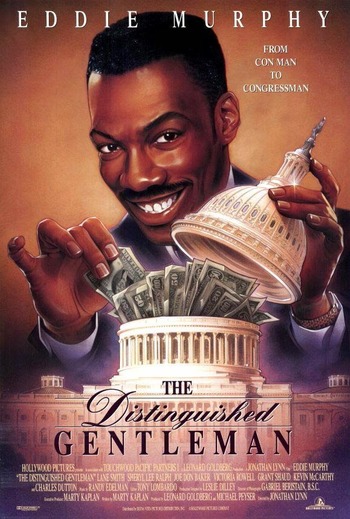 The Distinguished Gentleman is a 1992 comedy film starring Eddie Murphy as Thomas Jefferson Johnson, a professional con man from Florida who discovers that he shares part of his name with a recently deceased Congressman. When he learns that people will give him money to run for office and money to vote for things, and he gets to keep it all, "Jeff Johnson" embarks on the biggest con of his life.

When he arrives in Washington, though, he discovers that he's small potatoes compared to the corruption that is endemic to politics, and his long-buried conscience leads him to embark on another con: to expose the real fraud in America.