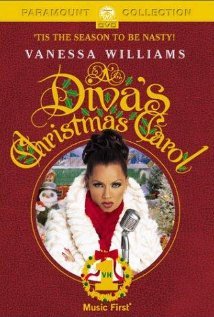 Yep, another retelling of Charles Dickens's A Christmas Carol, only this time Scrooge is a diva singer and a Black woman. Almost all of the genders have been swapped for the characters. Premiering on VH1 in 2000, it stars Vanessa L. Williams, Rozonda "Chilli" Thomas and Kathy Griffin.

A Diva's Christmas Carol provides examples of the following tropes: