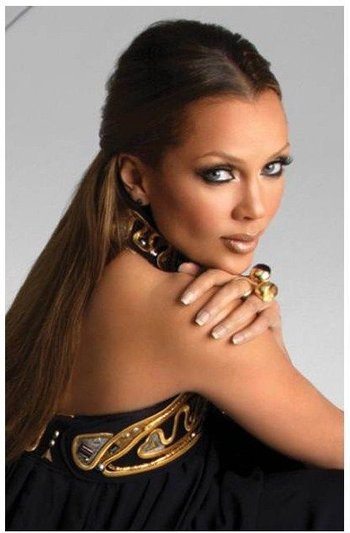 And now we're standing face to face,
Isn't this world a crazy place,
Just when I thought our chance had passed,
You go and save the best for last.
"Save The Best For Last"
Advertisement:

Vanessa Lynn Williams (born on March 18, 1963 in The Bronx, New York) is an American singer, actress and fashion designer.

She first rose to fame as the first African-American winner of Miss America, in 1984. However, she faced controversy and backlash from a previous appearance in Penthouse magazinenote which turned out to be an illegal copy, as Traci Lords — who also appeared in that infamous issue — revealed that she lied about being over 18 when she posed for the pictures, to which she ultimately decided to resign as Miss America. Undeterred, she soon went on with her career, releasing her first album, 1988's The Right Stuff, which would become a hit for her. In the following years, she would eventually go on the release several other albums, including 1991's The Comfort Zone which produced her biggest hit and signature song "Save the Best for Last". Also a well-known actress, Williams has appeared in several films and television shows, including The Fresh Prince of Bel-Air, Eraser, Soul Food, Shaft, A Diva's Christmas Carol, Ugly Betty and Desperate Housewives.

She has been married three times, including to NBA star Rick Fox, and has four children, including Jillian Hervey, an actress and singer herself. She is not to be confused with fellow actress Vanessa A. Williams (although, interestingly enough, while the former starred in the film version on Soul Food, the latter starred in the television series version.)