Film / A Christmas Carol: The Musical 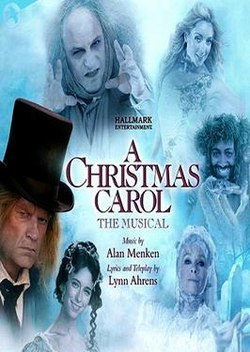 A Christmas Carol: The Musical is a 2004 Made-for-TV Movie that is based on a stage musical production that originally ran annually at Madison Square Garden from 1994-2003, which itself is based on a certain Charles Dickens novel. It was directed by Arthur Allan Seidelman.

The film version features Kelsey Grammer as Scrooge, flanked by an All-Star Cast, and premiered on NBC. Disney veteran Alan Menken provided the music, while Lynn Ahrens wrote the teleplay and lyrics.