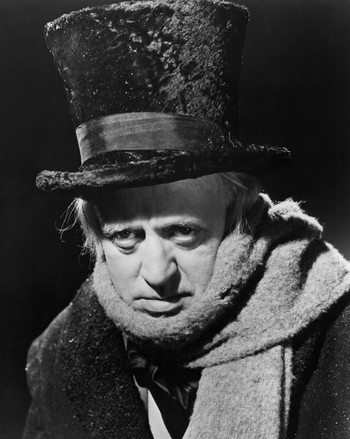 Scrooge is a 1951 British film adaptation of Charles Dickens' A Christmas Carol, written by Noel Langley (The Wizard of Oz) and directed by Brian Desmond Hurst.

Heading the cast are Alastair Sim as Ebenezer Scrooge and Michael Hordern as Jacob Marley; both would reprise their respective roles for the 1971 animated film A Christmas Carol. Mervyn Johns plays Bob Cratchit, while young Patrick Macnee appears as the younger, living version of Jacob Marley.

Clive Donner, who worked as an editor on this film, directed his own version in 1984.