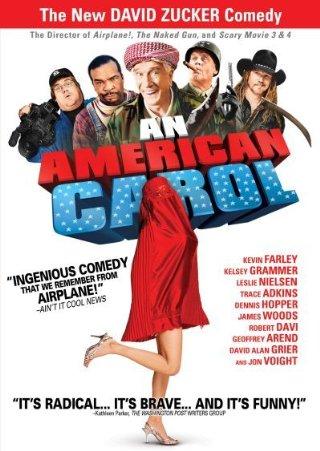 A politically charged 2008 comedy from David Zucker about the conspicuously-named Michael Malone (Kevin Farley), a bitter documentary filmmaker who is disgusted with the United States of America and decides to start up a campaign to ban the Fourth of July holiday. The night before the big anti-July 4th rally, President John F. Kennedy returns from the dead to tell the filmmaker that he will be visited by three patriotic spirits who will attempt to get him to see the error of his ways.

Draws a great deal from Charles Dickens's A Christmas Carol, of course.

It was a box office flop and received largely negative reviews from critics. The reception torpedoed Zucker's career.