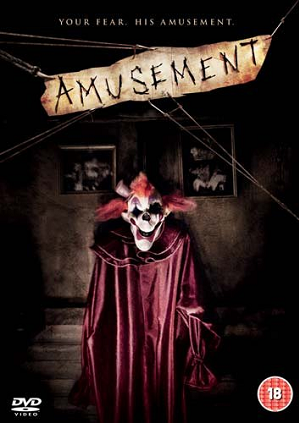 Amusement is a 2008 American horror film directed by John Simpson and starring Katheryn Winnick, Laura Breckenridge and Jessica Lucas. The film was stuck on The Shelf of Movie Languishment for quite some time before going direct-to-video in January 2009. It was the last film distributed by Picturehouse Films before their revival in 2013.

Three women are faced with a psychopath from their childhood with a penchant for sadism and twisted humour.

Tropes presented by this film: