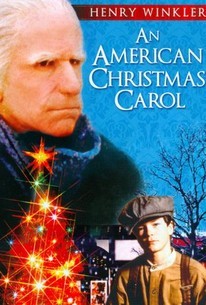 An American Christmas Carol is a 1979 made-for-TV movie that transplants Charles Dickens' A Christmas Carol to Depression-era America. Benedict Slade, played by Henry Winkler, is a ruthless, miserly businessman who fires his clerk on Christmas Eve, repossesses his clients' goods as payment for overdue loans, and absolutely hates Christmas.

Slade is visited by the ghost of his long-dead business partner, Jack Latham, who warns him he will be haunted by three more ghosts. The three Spirits of Christmas resemble three of the people whose possessions Slade had seized to collect on unpaid loans, and they attempt to make him change his ways.

Not to be confused with An American Carol, a wacky comedy released in 2008 which is a satiric, conservative take on the story.