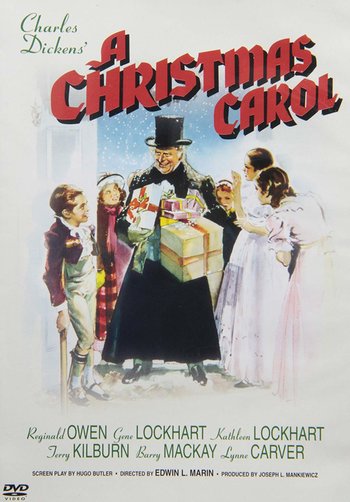 A Christmas Carol is a 1938 film adaptation of the novel of the same name, and the first U.S. sound version of the film.

Lionel Barrymore, who had played Scrooge on the radio during the 1930s, was the producers' first choice for the role, until he broke his hip in an accident which confined him to a wheelchair, in addition to worsening arthritis. Barrymore recommended that his friend Reginald Owen take over the role of Scrooge instead.