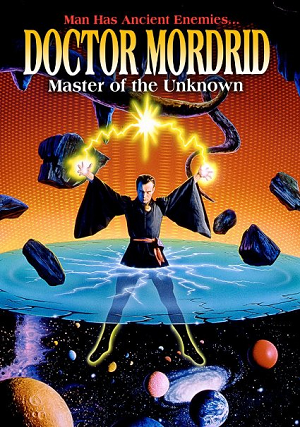 Doctor Mordrid (Jeffrey Combs) is a sorcerer from the Magic Dimension who has been sent to Earth to stop the evil sorcerer Kabal (Brian Thompson), who wishes to unleash his hellspawn upon the world. Aiding Mordrid is Samantha Hunt (Yvette Nipar), a police consultant with a passing interest in the supernatural.

Some concept art was made by Jack Kirby.

Featured on a Mystery Science Theater 3000 episode for tropes about said episode see it here.