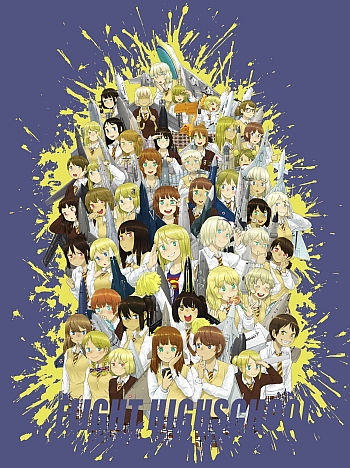 An incomplete picture of all the characters in Flight Highschool. See entry below for a full list.
BEWARE OF NICHE GENRE
These comics may contain content normal people are unable to understand. If you understood all of the comics, I recommend you speak with a mental health expert.
Advertisement:

, taking place in a high school populated predominantly by Moe Anthropomorphised military aircraft as they go about their daily lives.

The students of the school are the personifications of American, European, Russian, Chinese, South Korean and Japanese military aircraft ranged from mid-Cold War era to the present day. Nearly everything you see and read in them is a reference or play on the planes themselves, the aviation industry, or current military aviation events.