Webcomic / I Made A Comic About Internet Explorer 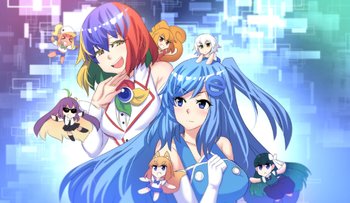 I Made a Comic About Internet Explorer (or alternatively Browser Waifu

, in which various web browsers and other internet services are portrayed as cute anime girls.
Advertisement:

The comic is available on Webtoon

Compare Stalker x Stalker, another twitter webcomic by this duo, and OS-tan, a similar concept from the decade prior. Also compare Console Waifu, a more direct Spin-Off of this webcomic featuring Moe Anthropomorphism of video game consoles/platforms.