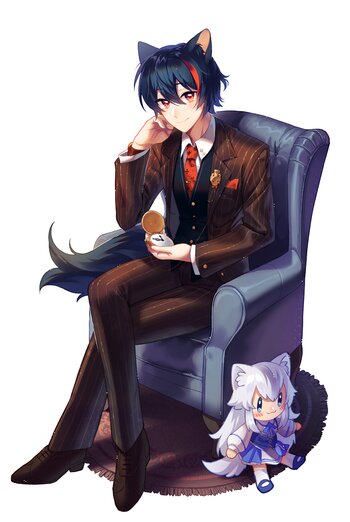 Merryweatherey is a webcomic author. He (yes, he, despite his feminine user name) specializes in anime-style trope short stories as well as Anthropomorphic Personification of various tools, from internet browsers to video game platforms to various tools. Likewise he's really into creepy and macabre stories, more often then not having them start off with cute protagonists before it spiraling into some rather dark tales. Heck even some of his shorts have these under tones. So fair warning.

Being the brains behind the webcomic, Merry usually collaborates with other artists to paint his comics and ideas, most frequently Princess Hinghoi.

, where he also contacts indie Japanese voice actors to voice his comic dubs. He is also a Virtual YouTuber on Twitch