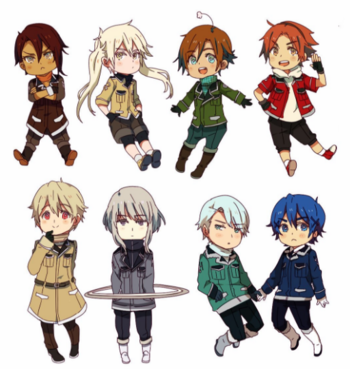 The art style could be described in a way as Hidekaz Himaruya meets CLAMP. It incorporates elements and inspirations from both (with Hetalia: Axis Powers apparently a major influence) while at the same time retaining something distinctive from either two.

Main comics can be found HERE

Compare Milky Way and the Galaxy Girls, My Moon, Stellarscape, and Nebula.