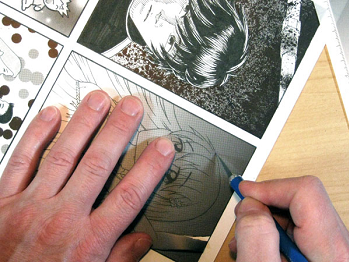 Most anime series are adapted from Japanese comic books called manga. Manga artists have their own set of conventions that frequently make their way into the final animated series: