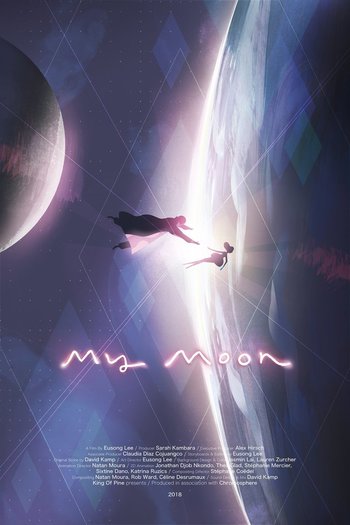 My Moon is a 2018 animated short film directed by Eusong Lee.

Earth and the Moon are represented as two lovers who meet with each other every night, when the moon comes out. Moon wishes to spend more time with Earth, but their relationship is complicated as Earth meets with Sun at the break of dawn each day.

The story follows how it's necessary for each one to co-exist with one another - Moon must navigate being on one end of a Love Triangle, while Earth needs the support of both Sun and Moon to keep going.

The film is currently available to watch for free on Vimeo

Compare Milky Way and the Galaxy Girls, Nebula, Stellarscape, and Planetary Moe for other works centered around anthropomorphic celestial objects.