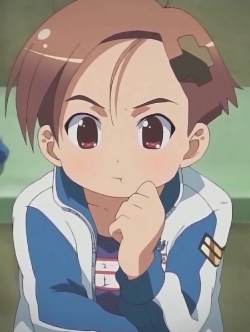 An art style alternative to the tall, skinny design that is typical for Bishoujo Series. Puni Plush avoids straight lines, emphasizing a character's curves, especially the face and hips, that can give to the cast an overall short, childlike look. Most common in Romantic Comedies or Slice of Life anime and manga, but sometimes used in less obvious ways. Shows with prominent Moe content often use this art style as well. Often leads to Artistic Age of the "looks younger" variety.

Take this trope to its extreme and you get Super-Deformed. Contrast Noodle People. See also Thick-Line Animation; both styles are not complete opposites by definition, but Puni Plush favors soft, thin lines while the latter tend to emphasize angles and points— but there's no rule that says that something can't have bold lines and a rounded design. Not to be confused with the species from Paper Mario: The Thousand-Year Door.