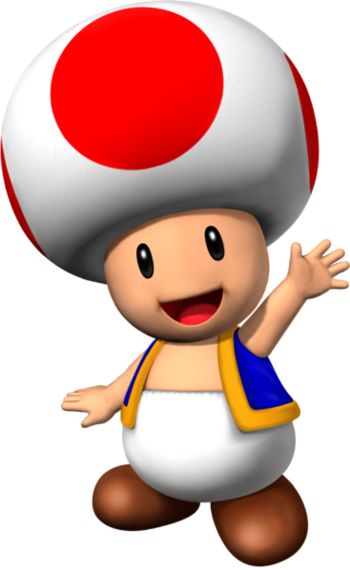 Typical traits of this creature include:

These critters can be good or evil, and may or may not be sentient. Might work for the Big Bad as Plant Mooks. If they are competent fighters, expect them to use poison or spore-based attacks. They may or may not also live in Mushroom Houses. Also, do not confuse them with Plant People. Ever.

If you're looking for the video game that shares a similar name to this trope and is based on this premise, see Mushroom Men.