Just For Fun / One Mario Limit 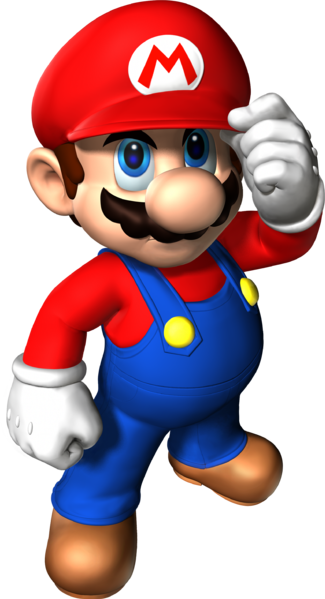 Don't lie; when you read that title, you thought of this Mario, right?
"It's a-me. Mario!"
— Mario Auditore, Assassin's Creed II
Advertisement:

In Real Life, the popularity of names goes up and down over time. One factor that affects this is the emergence of celebrities with a particular name; if there is some highly successful and well-loved pop star called Mario, then expect the number of babies named Mario to rise significantly.

In fiction, however, the effect can be reversed. If one character becomes sufficiently iconic, they can come to "own" their first or last name so that whenever a person hears that name, they immediately think of that character. A good way to determine if a character counts as this is to search for their name on Google or Wikipedia. If said character dominates the results, then it's highly probable that they hold the one name limit.

However, note that the ability of characters to cause this effect is to some extent a function of the existing popularity of their name; for a character to really achieve this distinction, their name must be sufficiently obscure enough to be distinctive but common enough that other writers would have used it. Indiana Jones provides a prime example of a highly iconic character who doesn't count — the name "Indiana" is so obscure that it would probably never have been used again even if Raiders of the Lost Ark was a total flop, while his surname is too common to have any attachments to one specific individual. Completely made-up names, like "Daenerys", would never have been used by other writers anyway and thus don't count either.

Compare One Steve Limit, which is the principle of having only one character with each name within a work to avoid confusion. Renamed to Avoid Association can happen if the creators want to avoid the One Mario Limit and name their character some other thing that hasn't been monopolized. Contrast Name's the Same, where by coincidence, two unrelated works have characters with the same name, and Baby Name Trend Starter, for when fictional characters or celebrities popularize a certain name. See Named Like My Name for when an ordinary name becomes famous by association with a particular celebrity.

NOTE: Do not list aversions unless it's relevant to the example. It leads to Trope Decay.

open/close all folders
Anime and Manga
Comic Books
Comic Strips
Fan Works
Films — Animation
Films — Live-Action
Literature
Live-Action TV
Music
Professional Wrestling
Sports
Stand-Up Comedy
Theatre
Toys
Video Games
It's same with onomatopoeia , for example, the onomatopoeic sound Thwomp which was used in comics at at the time, Is now the name of a recurring enemy of the Mario games, so whether searching the word on Google Images, Most of the results are images of those rock faces from the games, Some comics do use the sound effect in recent times, but not that often, It's also recurringly used in webcomics, sometimes, but not a lot.
Webcomics
Western Animation

Alternative Title(s): One Mario Rule, Only One Mario