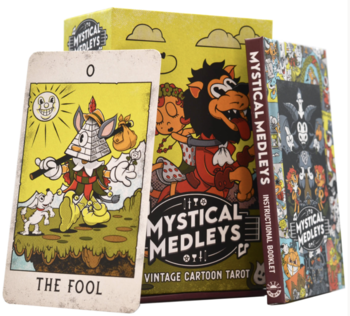 Mystical Medleys: A Vintage Cartoon Tarot is a divinatory deck of Tarot Cards designed by Gary Hall and published by Sterling Ethos as part of the Modern Tarot Library series.

Mystical Medleys is a tarot card themed after the Inkblot Cartoon Style popular in 1930's animation like Betty Boop, Steamboat Willie and Popeye.