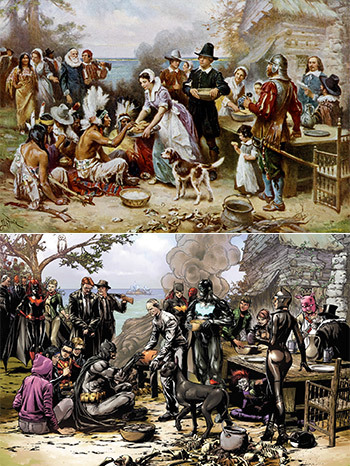 Certain works of art are so classic that they've become iconic. As such, they are frequently exploited for symbolic or comedic effect.

Many classic paintings and sculptures have found their way into popular media. So frequently are these images exploited that people who may have never seen the original works still recognize the images.

The broader trope is Stock Shout-Out, which covers similar items from pop culture rather than fine art.

Compare Truth in Television and Life Imitates Art, where this inspirational transition is made beyond the fourth wall. Not to be confused with the simple fact that artists imitate other artists.

open/close all folders
Advertisement:
Specific subtropes include:
Works of art that are often imitated without a subtrope existing for them include: