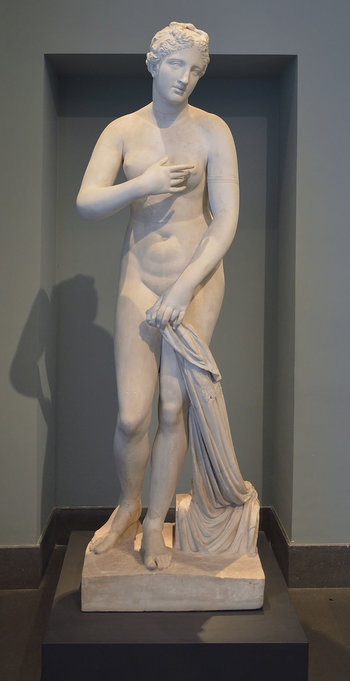 The Aphrodite of Menophantos is a Roman marble statue of the goddess Venus. It bears the signature of Menophantos, ("ἀπὸ τῆc / ἐν Τρῳάδι / Ἀφροδίτηc / Μηνόφαντοc / ἐποίε") a Greek sculptor, apparently of the 1st century BCE, of whom nothing more is known.

It was found at the Camaldolese monastery of San Gregorio al Celio in Rome, and is now in the Palazzo Massimo alle Terme, Rome. Not to be confused with the Venus de Milo

Aphrodite of Menophantos provides examples of: