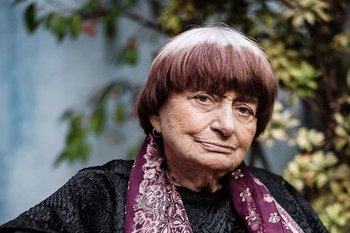 She is often associated with the French New Wave, but, rather than belonging to the group who started off as critics for Les Cahiers du Cinéma, she was part of the Left Bank Group with Alain Resnais, Chris Marker, Marguerite Duras, and Jacques Demy (her husband until his death in 1990). Varda's status as one of the few female directors of the movement often overshadows her own innovations. In particular, her use of location shooting and nonprofessional actors had a notable influence on the other New Wave directors.

She received a lifetime Academy Award at the Governor's Awards in 2017, making her the first female director to receive such a honour and the third French film-maker to have won it (after Jean Renoir and Jean-Luc Godard).

Varda passed away at the age of 90 on March 29, 2019. The following year, The Criterion Collection released a box set of her complete films on Blu-ray.