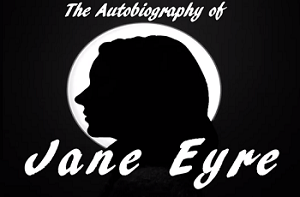 "The world is wide. Full of hopes, of fears, of sensations and excitements, of adventure... If you have the courage to go after it. My name is Jane Eyre. Here goes nothing."
Advertisement:

Jane Eyre is a lonely young woman who received her bachelor's in nursing, and decided to begin a second degree in childhood development. She has complicated family relationships and she feels trapped in her routine. She realized that there is much more to ask from life than what she had, and she decided for a clear and radical cut: new career, new home, perhaps even new Jane?

She starts vlogging, exploring herself and her life in the process. She's not your average avid vlogger and feels kind of awkward in front of camera, and she's not very tech-savvy to boot, but she loves filming. She has a passion for photography, and loves books, reading and tea. She is hired as a personal live-in tutor for Adele, a genius child. She likes her job, but something about the house doesn't feel quite right and she keeps recording slices of her life as a safety net to document what happened to her. She keeps asking for input from her viewers because she doesn't have any close friends or reliable loving family who could help her.

This web video series is obviously a modernized adaptation of Jane Eyre, based on the original book and directly inspired by another Vlog Series adaptation, The Lizzie Bennet Diaries which was based on Pride and Prejudice.

. You can also follow the characters on Twitter as the transmedia stuff are an important aspect of the narrative.