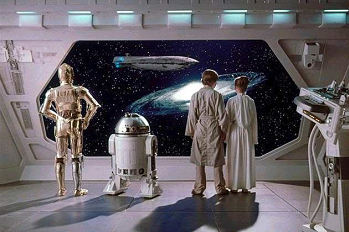 A static scene. That is, the actors do not move around or speak. They are blocked (positioned) in ways meant to communicate the relationships between the characters at that moment. The entire scene need not necessarily be a tableau; scenes can open or close with one, often held as the curtain rises or falls. Although usually scripted, a tableau might appear due to a director's decision. The original French word "tableau" is usually used to mean "painting", which the trope is partially about.

Not to be confused with what you put playing cards on in most solitaire games.