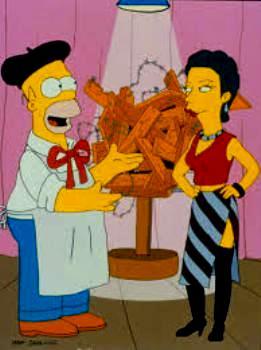 Mom and Pop Art is the 19th episode of the 10th season of The Simpsons.

Homer's failed attempt at building an outdoor barbecue leads him into the world of outsider art.