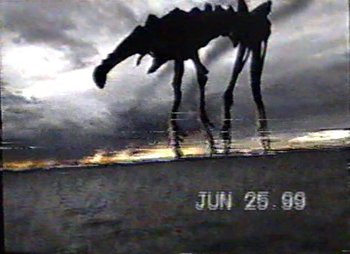 is the name of a horror blog run by one Trevor Henderson, who's primary forte is making Found Footage style horror photographs of unusual cryptids. And as his followers note, he's very good at it...

The blog's content is usually standalone, but every now and then he includes recurring cryptids, such as Siren Head

, both of whom are so popular that Henderson even started providing some lore for them.

Unfortunately the blog has been disabled by tumblr, but there is still his twitter