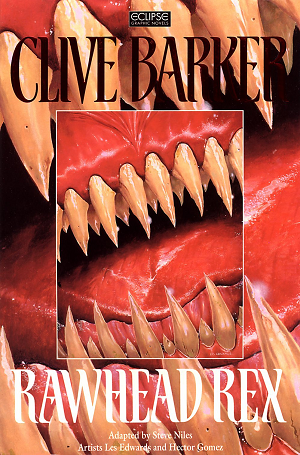 A short story by Clive Barker, which is a part of his third Books of Blood anthology from 1984.

A farmer in England digs up a large stone in his lands, only to set loose a malevolent monster from the past, called Rawhead. Free from the prison that had held him for centuries, Rawhead then proceeds to cause mayhem across the countryside.

This short story has examples of: