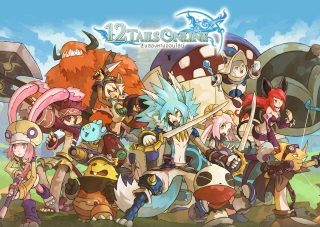 12 Tails Online is a Free-to-Play action MMORPG originating from Thailand. Faithful to the title, players choose one of 12 "tail animals" to play as, working their way through missions within chapters of the main story. Zones are largely instanced, with missions mostly limiting the party to four players (up to 12 for larger raids), comparable to Dragon Nest.

The game was a "surprised hit" in its country, and has a (very limited) English translation. And while a significant barrier prevents international players from entering, Thai fans have managed to find ways through.

The game was created by Big Bug Studio's full staff of four people, programmed in Unity. It appeared on Steam Greenlight and was called up to the majors in October. No further details of an international release are known.