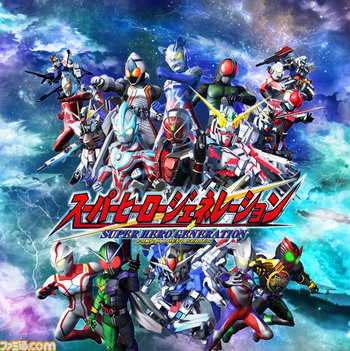 Super Hero Generation is a Turn-Based Strategy game released for the Sony PlayStation 3 and Play Station Vita on October 23, 2014. It is part of the Ultra Series, Kamen Rider, and Gundam crossover game franchise, the Compati Heroes series, and developed by the same people that brought you the SD Gundam G Generation series.