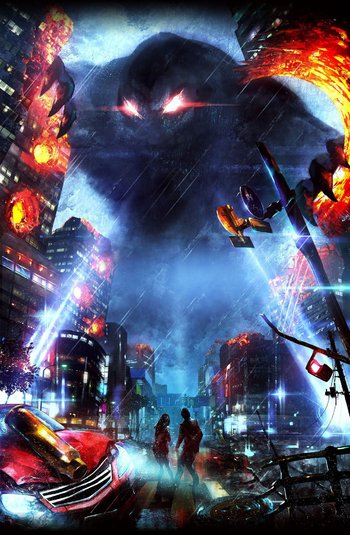 This is not the story of some hero. This is your story.
Advertisement:

City Shrouded in Shadow is a survival horror RPG game, developed by Granzella and published by Bandai Namco Entertainment for the PlayStation 4. A spin-off of Granzella's Zettai Zetsumei Toshi series, players control one of two powerless citizens attempting to flee from kaiju attacking the city, including strange shadows that take on the form of other monsters. The game was released in Japan on October 19, 2017.

Franchises and characters in the game include

The following trailers are available:

Tropes included in the game: