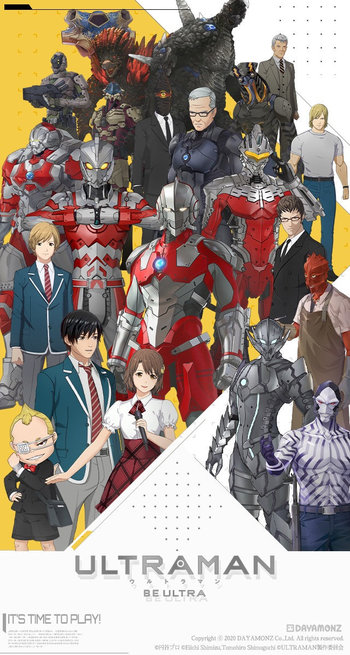 Developed by DAYAMONZ (Who also made The God of High School and Cotton Magic Flight), Ultraman Be:ULTRA is an Action RPG Mobile Phone Game for the Android and iOS, and based off of both the Ultraman Manga by Eiichi Shimizu & Tomohiro Shimoguchi and its Anime adaptation.

It released in May 1, 2020, and is planned to have a Worldwide release at a later unspecified date.

Tropes associated with Ultraman Be:ULTRA are: