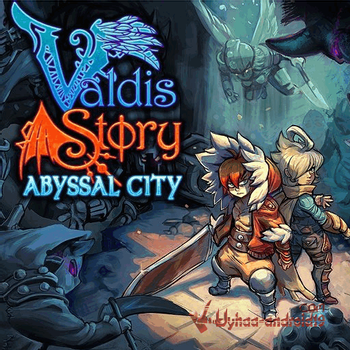 Valdis Story: Abyssal City is an indie Metroidvania created by EndlessFluff Games, a two-person company. Unlike most other Metroidvanias, it focuses more on combat over other games of its type, with combat closely approaching a 2D version of Devil May Cry.
Advertisement:

Its story starts off with The Hero Wyatt and his crew in pursuit of a demon ship that might have clues on the whereabouts of his missing father, but before they manage to board it, a huge whale-like monster attacks their ship, scattering them all over the titular Abyssal City. Wyatt heads out and starts searching for his crew and clues about the situation they're in.

The game was released in 2013 for PC, and is available for both Steam and GOG.