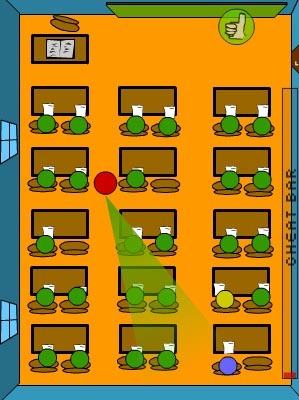 The Classroom is a trilogy of classic stealth flash games by Luksy, dating all the way back to 2006.
Advertisement:

They follow an Ordinary High-School Student named Alex, who is a very poor student that needs to cheat off the one geek in his classroom to pass his tests. This involves evading the teacher's field of vision as they patrol the room, functioning pretty much like a Metal Gear Solid guard. The trilogy eventually starts growing a solid plot.

The Classroom 1-3 contains examples of the following tropes: