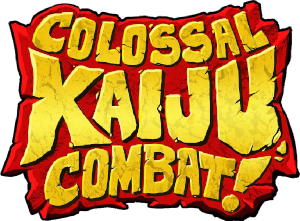 ,note Founded by Simon Strange, a developer of the Pipeworks ''Godzilla'' Trilogy centered on kaiju.
Advertisement:

The main selling point of the series was that most of the monsters were fan-created characters chosen from the site's forum via a multi-tiered voting process. Twice annually, an "SPN" vote was held to select Kaiju for the supplementary Collectible Card Game. Those who won the SPN vote became eligible for the Progenitor vote, the winners of which could choose one of their kaiju to become a potential playable character in future instalments of the series. Kaiju who won the SPN vote were also eligible for the EVO vote, where a limited number of the SPN winners were chosen to receive an "Evolved" form with an altered appearance and (usually) improved stats. In addition to fan-submitted content, the developers expressed the intent to include as many famous giant monsters as possible in future updates, with many fan suggestions ranging from the iconic to the obscure. Some of CKC's monsters — Grimmgarl, Tornaq, and Muligahn — were licensed for use in Chroma Squad.

Currently, only one incomplete game exists in the Colossal Kaiju Combat! series:

CKC's development began in 2012, but was prolonged through a series of setbacks. In early 2016, the development of both The Fall of Nemesis and the card game were placed on hiatus due to an ill-timed series of unfortunate events beginning with Sunstone Games' longtime environmental artist passing away at a point in where further development was dependent on the environmental artwork being completed. While the card game briefly resumed production, it was divorced from the video-game's development. Development of Fall of Nemesis resumed in February 2016 when a new environmental artist was hired, but in February 2017 the project as a whole was cancelled — or at least indefinitely postponed.

The Fall of Nemesis provides examples of: 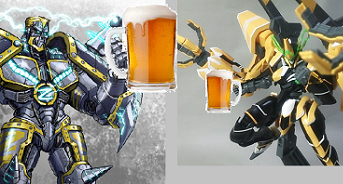 Yellow mecha with thunder motifs are manly, can you feel the storm?