Literature / The Music of Erich Zann 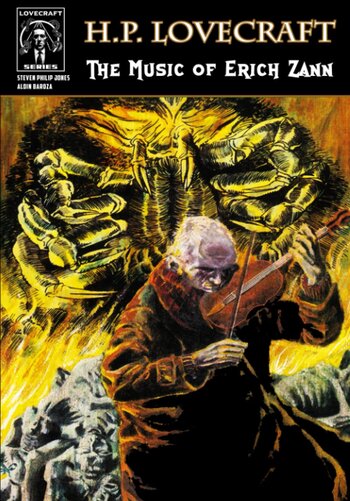 "The Music of Erich Zann" is a 1922 short story by H. P. Lovecraft, and considered by the man himself to be among his best work.

The story is narrated by a nameless university student who is forced to take up residence in an apartment building on a peculiar street called "Rue d'Auseil". One of the only other tenants is a quiet old man by the name of Erich Zann. At night, the old man plays his viol, and the student becomes fascinated by the strange, almost indescribable melodies he produces. Convinced the man is some sort of musical genius, the student tries to get to know the old man. Eventually, he comes to realize that something more sinister is afoot, and all is not right with Rue d'Auseil.

Tropes present in this story include: