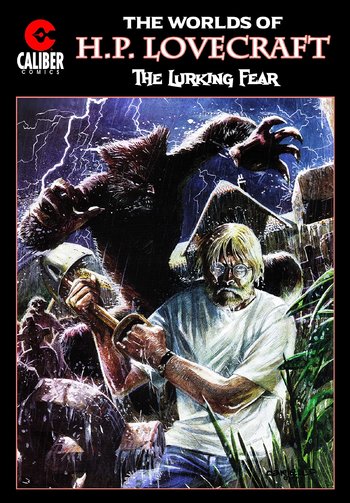 "The Lurking Fear" is a November 1922 horror short story by American writer H. P. Lovecraft. It was first published in serial installments in the magazine Home Brew. It has been adapted to film and comics a few times, with little success for any adaptation.

In the Tempest Mountain region of the Catskills, homes are being destroyed and their inhabitants slaughtered during severe thunderstorms. An unnamed reporter travels to investigate, and soon comes to suspect that the killings are somehow linked to the Martenses, a bygone aristocratic family whose decaying mansion remains nearby. But the truth is more bestial and horrific than he imagines...