Literature / In the Walls of Eryx 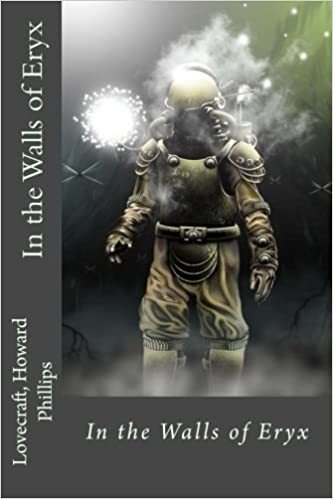 A short story by H. P. Lovecraft and Kenneth J. Stirling originally written in 1936, but not published until 1939, after Lovecraft's death, in an issue of Weird Tales magazine. The story is told through the logs of Kenton J. Stanfield, a prospector employed by a crystal company to harvest energy-producing crystals from Venus, each one holding vast amounts of energy. Unfortunately for Stanfield and other company prospectors, the crystals are also worshipped by Venus' hostile natives, referred to as Man-lizards. Stanfield's search eventually brings him to the Erycinian highlands, better known as Eryx, where he finds himself stuck in an invisible maze.

The story is unique in that it's Lovecraft's first and only foray into straight-up science fiction and in how much it diverts from his standard tropes. While it does involve aliens, there's no supernatural or cosmic horror to be seen. Nothing but the fear and isolation faced by Stanfield as tries to navigate the maze while his supplies are running low. Furthermore, it concludes with what is essentially a message against colonization and colonialist greed, which, for Lovecraft, is an uncommon position to say the least.

. A reading can be heard here