The unit as a whole

Logo
Fubuki Shirakami
Originally making her debut under the 1st generation, she was eventually placed under the umbrella of hololive GAMERS for her gaming skill. 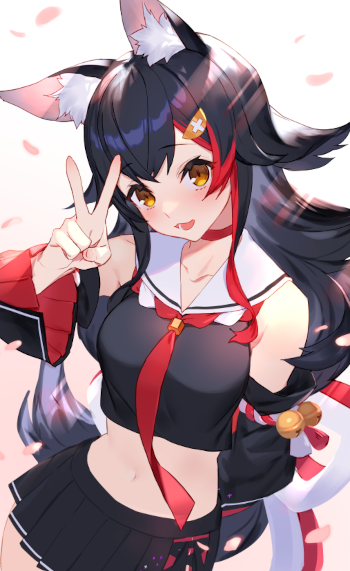 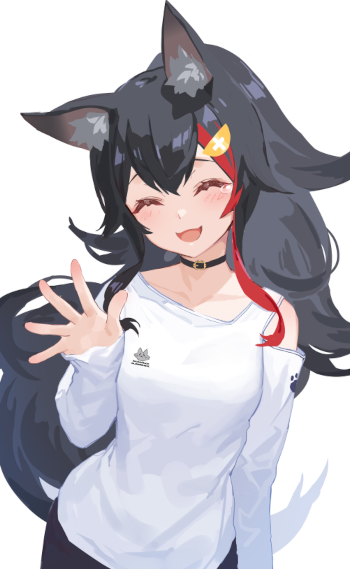 Words like "fate" or "future",
No matter how far they extend their hands,
We fall in love in a place,
That is far out of reach.
Even hands of the clock,
They look at us sideways as they tick and tock.
Let's prove that we could continue on living in this world,
Like this for a lifetime—no,
For all the chapters,
Together, with you.
— Mio's cover of Sparkle

A black haired wolf girl who appeared out of nowhere. Some say she can frequently be seen at shinto shrines. Oh, and she loves video games.
Okayu Nekomata

Species: Nekomata (formerly Cat) Source See the TL Notes in the description of this video

The remains that I can touch,
The continuation of the dream,
Does not begin,
Even though I still can't forget.
Where light can reach,
Swaying in waves,
Within the night,
Towards my heart,
You merely waved your hands...
— Okayu's cover of Sea Lily Deep Sea Tale

A cat raised by a old woman from the onigiri store. She streams just because there is a PC in the old woman’s room.

Okayu is known for her calm disposition and deeper, relaxing voice. She has a tendency to tease and prank the other members (if she isn't stealing their hearts) and choose rude options in RPGs out of a love of comedy and to satisfy her masochistic desire to be admonished. For the most part, she streams in the evening with gaming, chatting, and the occasional karaoke streams. Since August 2020, she's been on a binge of Nintendo platformers and JRPGs.

Okayu joined hololive together with Korone and the two of them form the OkaKoro duo. Okayu's groups include GAMERS, OKFAMSMembers Okayu, Korone, Fubuki, Ayame, Mio, Subaru, and SMOKMembers Subaru, Mio, Okayu, Korone. Besides the people in those groups, she also collabs a lot with Aqua, Shion, and her sister (as in sharing the same artist) Shiina from Nijisanji.
Korone Inugami 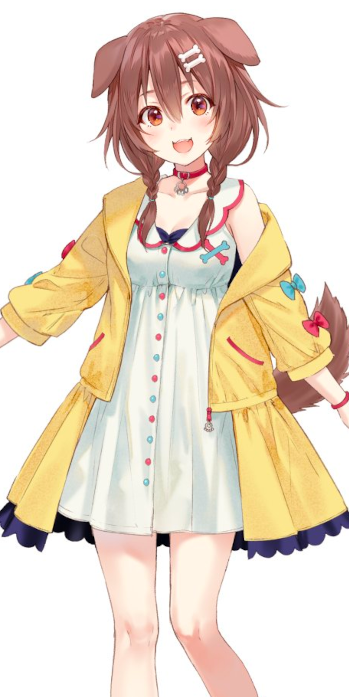 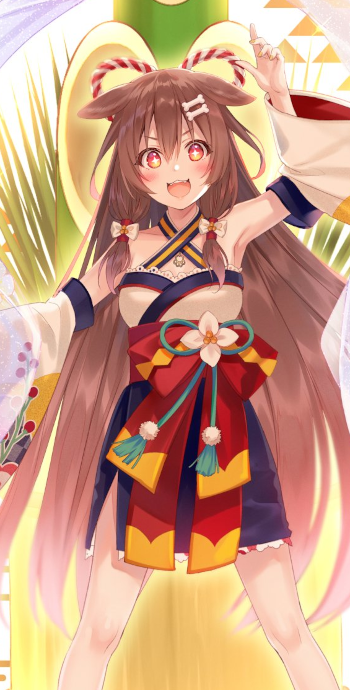