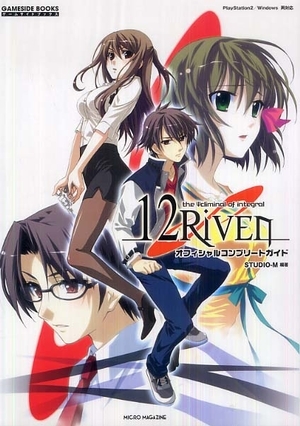 On May 20th, 2012, Renmaru Miyabidou (an Ordinary High-School Student) receives a text from an unknown sender telling him that his childhood friend Myuu Takae will be murdered on the roof of a hotel. At the same time, Narumi Mishima, a cop, receives a similar text from her friend and co-worker Makoto, which also tells her to find Renmaru, as he is an ally. Renmaru arrives at the scene first, where he finds Myuu and a boy named Mei Kiridera, the leader of an organization called Psi-Climinal (an organization made up with those with the power of Psi), who intends to kill Myuu, as she is an interference to their plan, "The Second Eclipse Plan". Narumi soon arrives, and as things go downhill real fast, both protagonists split up in opposite directions, both which will lead them to opposing Psi-Climinal.

This Visual Novel is noted for having a troubled production history. While it was being written, KID went bankrupt, and so production was halted until Cyberfront picked it up. It was originally supposed to be the first game in a trilogy, but poor reviews and sales killed chances of that.