Anime / The Price of Smiles 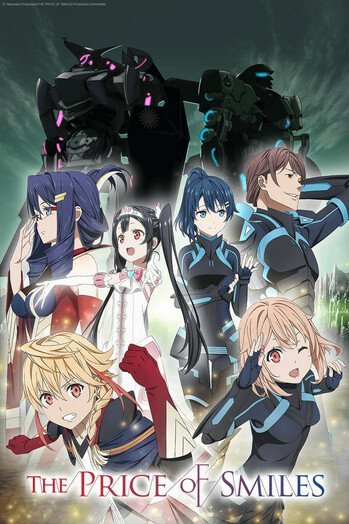 Far away from Earth, humanity has colonized a brand new world. But no matter where humanity goes, war follows them.

Two kingdoms sit on the brink of war. The prosperous and happy territory of Harlant is preparing to fend off an invasion from the neighboring territory of Grandiga. But the war is far away from the mind of obliviously happy Princess Yuki, and her longtime bodyguard Joshua intends to keep it that way.

But the truth can't remain hidden forever. Tragedy will soon illuminate Yuki to the true hostilities of war.

The Price of Smiles (Egao no Daika) debuted during the winter 2019 season, to celebrate Tatsunoko's 55th anniversary.

This Anime Contains Examples of: