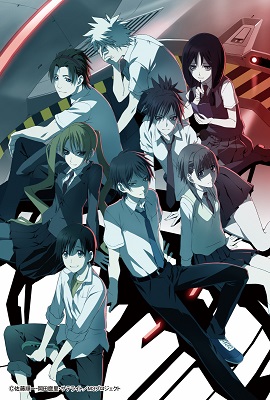 M3: The Dark Metal is an anime from studio Satelight, written by Mari Okada (the same from Wixoss). It tells the story of a group of children who met each other when they were lost in an Eldritch Location. Years later they meet again, having forgotten their time together, as they are recruited by a Mad Scientist to fight Eldritch Abomination.