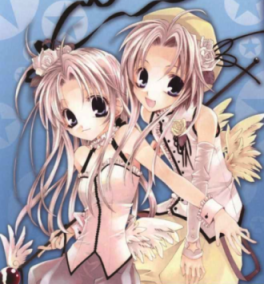 Merleawe, a fourteen year old girl, has just come to the kingdom of Viegald to learn magic. On her way to her first day of school, she is kidnapped by a man named Vaith and taken to a castle. She learns that Viegald is in danger because of the disappearance of the great Sylthfarn, the master wizard, who's the most important person in the country, perhaps even more than the royal family.

Merleawe is asked to impersonate Sylthfarn to protect Viegald's peace agreements with neighboring countries. She agrees, but there's just a few problems: she can't do more than simple, basic magic, and she knows next to nothing about the master wizard she's supposed to be taking the place of. As her new friends search continue to search for the wizard while they teach her how to imitate him, Merleawe struggles to discover her own identity, and that of Sylthfarn.

Tropes in Magical x Miracle include: