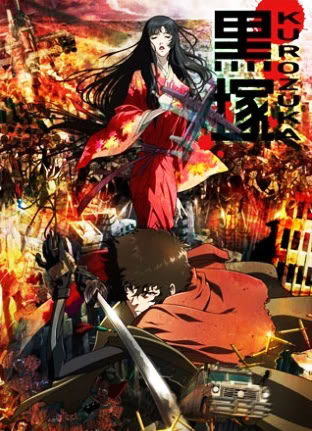 Its story opens with the famous 12th-century Japanese historical figure Minamoto no Yoshitsune. After losing to the forces of his brother Minamoto no Yoritomo, who in the wake of his victory would rise to become the first Shogun to rule all of Japan, Yoshitsune discards his name for the pseudonym "Kurou" and flees into the mountains with his retainer Musashibo Benkei. History records that Yoshitsune committed suicide after being cornered by Yoritomo's forces. But in this version of events, Kurou and Benkei instead find a mountain hermitage inhabited by a strange, beautiful priestess with a Christian cross necklace centuries before Christianity should have reached Japan named Kuromitsu. Eventually, Kurou and Kuromitsu fall in love, and Kuromitsu reveals her greatest secret to him: she is an immortal vampire. Soon after Yoritomo's forces catch up with Kurou and Benkei, and in an attempt to save Kurou's life Kuromitsu shares her blood with Kurou. However, before Kurou's vampiric transformation can be completed, someone beheads him.

But instead of dying, Kurou finds himself waking up again and again centuries apart, with he himself seemingly having not aged a day, his memory in shambles, and one all-consuming desire filling his mind: find Kuromitsu. Thus begins Kurou's journey through the ages of Japan, from the 12th-century to Present Day, through an apocalypse, into the post-apocalypse, and beyond, all to find the woman he once loved.

Has a manga adaptation and a 12-Episode Anime adaptation by Madhouse. The anime has some truly outstanding animation and an awesome opening theme if you're willing to deal with its extraordinarily confusing rendition of the plot.

The Anime provides examples of: