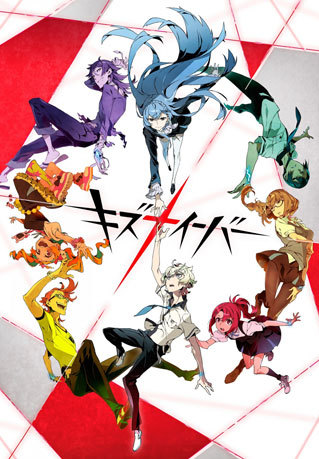 One day, Noriko Sonozaki tells her classmate Katsuhira Agata, "You have been selected to be a Kiznaiver." The Kizna System, which allows Katsuhira to share his wounds, connects him to the classmates whose lives and personalities completely differ from his. The aim of the incomplete system is for the implementation of world peace by connecting people through collective suffering, doing so through missions to allow for study and experimentation.

After being abducted and undergoing surgery, Katsuhira wakes to be informed he's now connected to six acquaintances from his class. Gathered together, the group is told they are now "Kiznaivers": when one Kiznaiver is wounded, the system divides and transmits the wound among the other Kiznaivers. As they work together to strengthen their bonds through completing missions together, the Kiznaivers soon uncover several conspiracies about their home of Sugomori City...

The brainchild of prolific anime writer Mari Okada (Black Butler, Rozen Maiden), Kiznaiver was made by Studio TRIGGER and produced by Aniplex, featuring character designs by mangaka Shirow Miwa (Dogs: Bullets & Carnage) and Mai Yoneyama. Hiroshi Kobayashi, known for his work as assistant director in the anime Rage of Bahamut: Genesis and as episode director in Kill la Kill, makes his debut as a director with this show.

In 2018, just under two years of the series' release in Japan, Aniplex USA released Kiznaiver on home video in North America with an English dub co-produced by Crunchyroll and The Ocean Group, making the series their first English dub done in Canada rather than their usual dubbing studio with Bang Zoom! Entertainment.