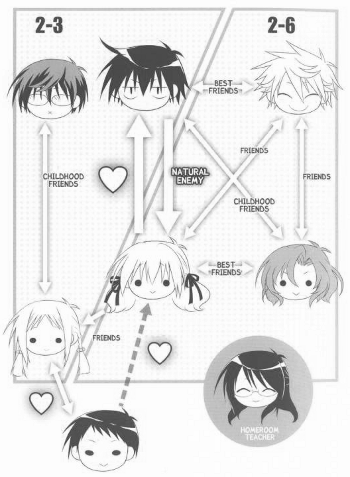 They get a lot more complex, believe us.
Fred: Y'all have a chart or something?
Gunn: In the files. I'll get it for you later.
— Angel
Advertisement:

Stories with a Love Dodecahedron at some point will throw in a Love Chart. It is usually simplified as much as feasible, with little portraits connected by color-coded arrows. Occasionally, some pithy or more detailed quote is put on the arrows to clarify. Sometimes such a chart is drawn up within the story by one of the characters.