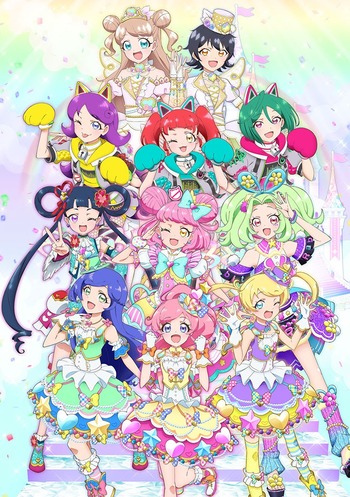 Kiratto Pri☆Chan is a 2018 arcade game with a tie-in anime created by Takara Tomy A.R.T.S. and Tatsunoko Production, and the third entry in the Pretty Series, which also includes Pretty Rhythm, PriPara and Waccha PriMagi.

The series centers on Mirai Momoyama and Emo Moegi, two childhood friends who aspire to be idols. In order to do this, they use the Pri☆Chan System, a system used by celebrities and companies to upload and broadcast content that is popular among young girls, to produce their own Internet channels.

As of December 29th 2020, the first season is available on Crunchyroll, making this the first Pretty Series title to be distributed outside Asia.