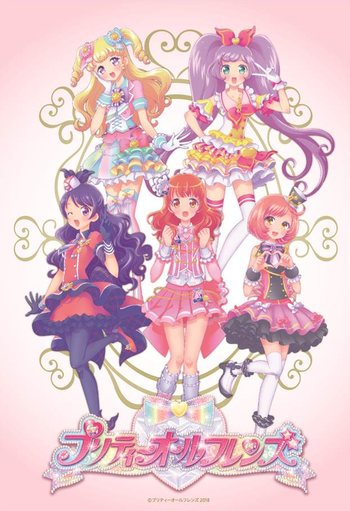 for its then-upcoming 10th anniversary in 2020: the Pretty All Friends project brings together the Pretty Rhythm and PriPara girls for a special event, which was hyped up through monthly short stories on the Prism Stone website. In 2018, they attached their third major series to the anniversary project: Kiratto Pri☆Chan, about two girls using the "Pri☆Chan" system to become self-broadcasting stars. Their 10th anniversary title, Waccha PriMagi!, came out in October 2021.

Works in the PriPara franchise

The Pretty series provides examples of: