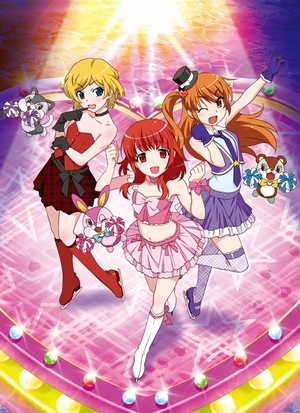 The plot is about 3 girls, Aira Harune, Rizumu Amamiya and Mion Takamine, who are Prism Show stars and form a group named MARs.

The Prism Show is an all-new kind of entertainment show that requires its participants to be figure skaters, models, and singers all at the same time. Aira and Rizumu are two girls who both dream of becoming the Prism Queen. They'll have to train hard and overcome both their quarrels with each other and their blossoming interest in boys if they want to achieve their dream.

The anime started airing in Spring 2011, with a new season premiering every Spring until 2014.